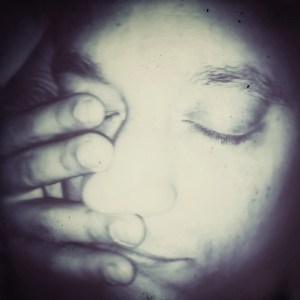 Since 2012 Ryan Holiday has been releasing albums under the moniker Diseases of the South. This summer 2015, Holiday will release his debut album under his own name via Gertud Tontrager. Selfish Bruises chronicles the demise of his seven year marriage in painful detail. It is a classic break-up album.

Following the separation from his wife, Holiday was faced with an empty house. All of a sudden there was no future, only a tainted past filled with painful memories, and the moments in between when breathing was the only thing to do. Alone in the house Holiday had time, time to think, and time to heal. He retreated to his studio, the only room he still felt comfortable in, and began purging himself of his demons. While days were filled with self reflection, the nights became twelve hour recording sessions fueled by alcohol and junk food. For five months he lived this way. All the heartache, blame, anger, fear and guilt was poured into this album. The result: Selfish Bruises, a collection of atmospheric and emotional songs.

Selfish Bruises consists of layered choral vocal loops, electronic sounds, and organic beats created from chairs, jars, pipes and other household items. Holiday sings with vulnerability and sadness. His words are not pretty, nor are they poetic, they are just the pure emotions one feels when faced with a divorce. Although the result is a rich and complex sound, there still is a intimate aspect to the recordings. Holiday kept his vocal takes to a minimum in order to capture frailty.

Selfish Bruises is poised to win over fans and critics alike. This has been a long time coming for Ryan Holiday. Though the album marks the end of a chapter in Holiday’s life, it is the beginning of a new one.